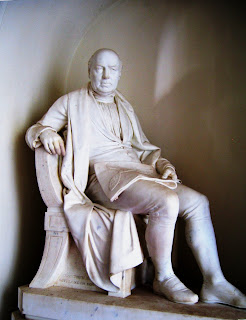 At the time two hundred years ago when Tipu Sultan was introducing sericulture in Mysore, in Madras a Scottish doctor was attempting the same thing. This was James Anderson, the Physician-General, who successfully imported silkworms from Bengal in December 1790, and for the next six years he tried to galvanise the East India Company and his fellow Europeans and Indians into silk production.

His efforts are of particular interest for two reasons. One is that he quickly met many of the problems which have become only too familiar to succeeding generations of sericultural developers, right down to the present; the other is that we can know his experience in rich and exceptional detail. This is because by the time he turned to sericulture he had developed the practice of publishing small volumes of the letters he exchanged energetically with others on whatever he was trying to accomplish - and in the last twenty or so years of his life his projects were numerous. He then circulated these volumes to his correspondents and others whom he wanted to interest. Those who suddenly found their letters in print were sometimes taken aback, but it proved an effective means of sharing problems and proposing solutions to them which would not only interest but also assist others.

After Tipu, Anderson may therefore be considered the second great sericultural enthusiast of southern India. It is usually thought that, unlike Tipu, his enthusiasm came to nothing. From a modern perspective it looks as if he was simply wrong in his initial premise that the coast of what is now Tamil Nadu and Andhra Pradesh was not only a possible place for the silkworm to flourish but the best. It is true that the East India Company abandoned its schemes to introduce sericulture there. Recent research is suggesting, however, that this is not the whole story. It seems increasingly likely that silkworm rearing further inland, for which he provided the stimulus, did continue in the region that would become Karnataka, Tamil Nadu and Andhra Pradesh, and provided the basis for its revival there in the nineteenth century.

James Anderson was born in 1738, near Edinburgh in Scotland. His father was a doctor and he himself studied medicine at Edinburgh University, at the time a great centre for the flourishing of the liberal, humanitarian and philosophical movement known as the Scottish Enlightenment. He joined the East India Company as a ship's surgeon at the young age of twenty-one, finding himself on his first voyage in 1759 attending at the siege of Surat, and on his second voyage at the siege of Manila in the Philippines two years later. He then received appointment as Assistant-Surgeon in Madras in 1765, settling there for the rest of his life.

At the time Madras was still a small place, just the Fort and the Black Town to the north of it - which much later became George Town - and a scatter of European bungalows to the south and west. It was within a jagir - afterwards Chingleput District - which the Company had been granted two years before by the Nawab of Arcot. He was the official Moghul ruler of a vast area of the South known as the Carnatic. Madras itself was settling down after a turbulent era in which the English Company had finally defeated their European rivals in India, the French, taken over Bengal, dominated the Nawab in the South, and were indeed the rising power in the sub-continent as a whole. To the west, however, their emerging rival, Hyder Ally, was consolidating his powerful base in the kingdom of Mysore, and to the north Hyderabad and the Marathas were the two other great powers. In the wider world, North America was still British - though not for much longer - and the French Revolution had not yet occurred.

Little is known about Anderson's earlier years in Madras. He no doubt carried out his medical responsibilities, progressing in time to the senior position of Physician-General. He perhaps also himself made at least some money, though the amount was probably modest for a European in India at the time; at any rate he subsequently had some resources with which to support his development enterprises. As the years passed he seems increasingly to have turned his attention to scientific interests, particularly botanical and entomological. He obtained from the government a piece of waste land just outside the town to the west and there started a botanical garden. But the peaceful years were shattered in 1780 when war with Mysore suddenly brought enemy troops to the outskirts of the town itself. A prolonged struggle with Hyder ensued, devastating a wide area around Madras before peace was finally concluded in 1783. By then Hyder had died and his son, Tipu Sultan, had replaced him. The war had combined with drought to cause years of famine, death and a great depopulation of the countryside.

This was the background to development projects in the decade following. Their scope was affected by the handing over of the administration of the Carnatic by the Nawab to the Company in the course of the war. The trigger for this was debt and the motive revenue, but in practice its significance was limited since the Company did not yet have either the means for administering so vast an area or even much idea as to how to set about it. It meant in practice mainly that there came to be British officers and medical men scattered at important and strategic places around the Nawab's country. The better amongst them were very aware of its sad state in the aftermath of war and famine and were interested in doing something constructive for the future.

Anderson’s background and the context in which he was trying to develop a silk industry in Madras have been outlined here. Efforts, succcesses and setbacks will be explored in further posts.